Why you should visit the Arctic in May

One of the perks of living in a tropical nation like India is the opportunity to indulge in mango-based summer drinks, of which the flavour-packed aam panna undoubtedly has the widest appeal. The drink that tastes of nostalgia, the enticing sweet-sour-spicy flavours of fresh kairi (raw mango) panna is especially popular in North Western India.

Summertimes are synonymous with the incredibly refreshing jal jeera (also called shikanji in some places), a lemonade given a flavourful twist by simple spices like roasted cumin, pepper and black salt

Who doesn’t love this hearty Punjabi summer cooler? Often touted as the oldest smoothie in the world, a sip of luscious lassi (often served with a dollop of decadent malai) cascading down your parched throat can instantly lift your mood and provide relief from the sultry heat.

Nothing short of spectacular, phalsa sherbet is a healthy chiller that you can slurp on all summer long. For the uninitiated, phalsa (Grewia asiatica) is a blueberry sized fruit with a deliciously tart flavour that is great for digestion and dehydration.

Pune’s very own culinary creation, Mango Mastaani is a luscious street drink that will remind you that mango is indeed the true king of the fruit realm. It is basically a velvety mango milkshake topped with chunks of fresh fruit, crunchy nuts, succulent cherries and whipped cream. And yes, the drink is named after Mastaani, the beautiful princess of Bundelkhand who stole the mighty Peshwa Bajirao’s heart.

A cooling drink made to delight the senses, Thandaai is a tantalizing version of milk energized with almonds, fennel seeds, watermelon seed, saffron and fragrant spices. Traditionally associated with festivals like Mahashivratri and Holi, this decadent drink is a soothing refresher in the season of soaring temperatures.

Summers on the Konkan coast are heralded with copious quantities of this classic cooler made of amsul or kokum, a sweet and sour fruit that grows nowhere else in the world. Its gorgeous red colour just adds to the appeal of this unusual drink which is an amazing appetizer. Kokum can also be consumed as sol kadi, a mellow coconut milk-based drink that is just perfect to balance the fireworks of a rich, spicy meal.

A little-known drink from the Marwar region of Rajasthan, Imli ka Amlana is a lip-smacking combination of tangy tamarind, black salt, roasted spices and mint leaves in chilled water. Sweet, sour and spicy at the same time, it is an absolutely delicious way to cool off during a sweltering summer.

Bengal’s very own version of buttermilk, Gondhoraj Ghol is a refreshing marriage of curd, sugar, black salt, iced water, and the pulpy juice of the state’s highly prized Gondhoraj lime. This oblong-shaped wondrous citrus has a very subtle aroma and an unusual flavour (similar to the kaffir lime) that sends most Bengalis into paroxysms of joy.

A summer favourite savoured across south India, sambaaram (also called neer mor) is nothing but delicious spicy buttermilk made from curd, green chillies, ginger and yoghurt. Every southern state has its very own version of this summer staple that is believed to have digestive, probiotic, hydrating and reviving properties. 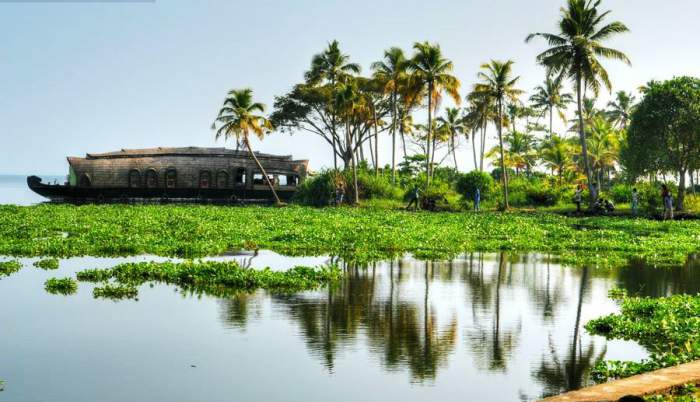 37 Amazing Things To Do In Kerala For An Incredible Holiday

Made from seasonal fruits, herbs and spices, these 18 traditional thirst-quenchers and street drinks are the perfect way to beat the heat on sizzling summer days.